The Imagen Awards Short Films & Web Series Competition is going on and you get to vote to choose the winners.

The contest showcases some of the best short form content created by Latino community that touches on Latino themes and subject matter, according to organizers. ‘La Serenata’ is one of five competing shorts.

Unlike the regular Imagen Awards in which a jury selects the winners, in this competition it is members of the public get to vote for their favorites. The voting takes place online and people get to vote once every day through Wednesday, July 31.

There are five short film finalists: “Caracol Cruzando,” “Terms of Us,” “La Serenata,” “Tijuana,” “On the Other Side,” and “Tubby Hook.”

There are three web series finalists: “All Things Adrienne,” “Just the Tip,” and “Waking Dream.”

The awards are given out by the Imagen Foundation, a nonprofit that promotes an accurate portrayal of Latinos in film and media. 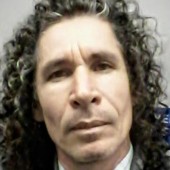 Grimm is Back!! And the war is coming… “The West Wing”- A Fantasy